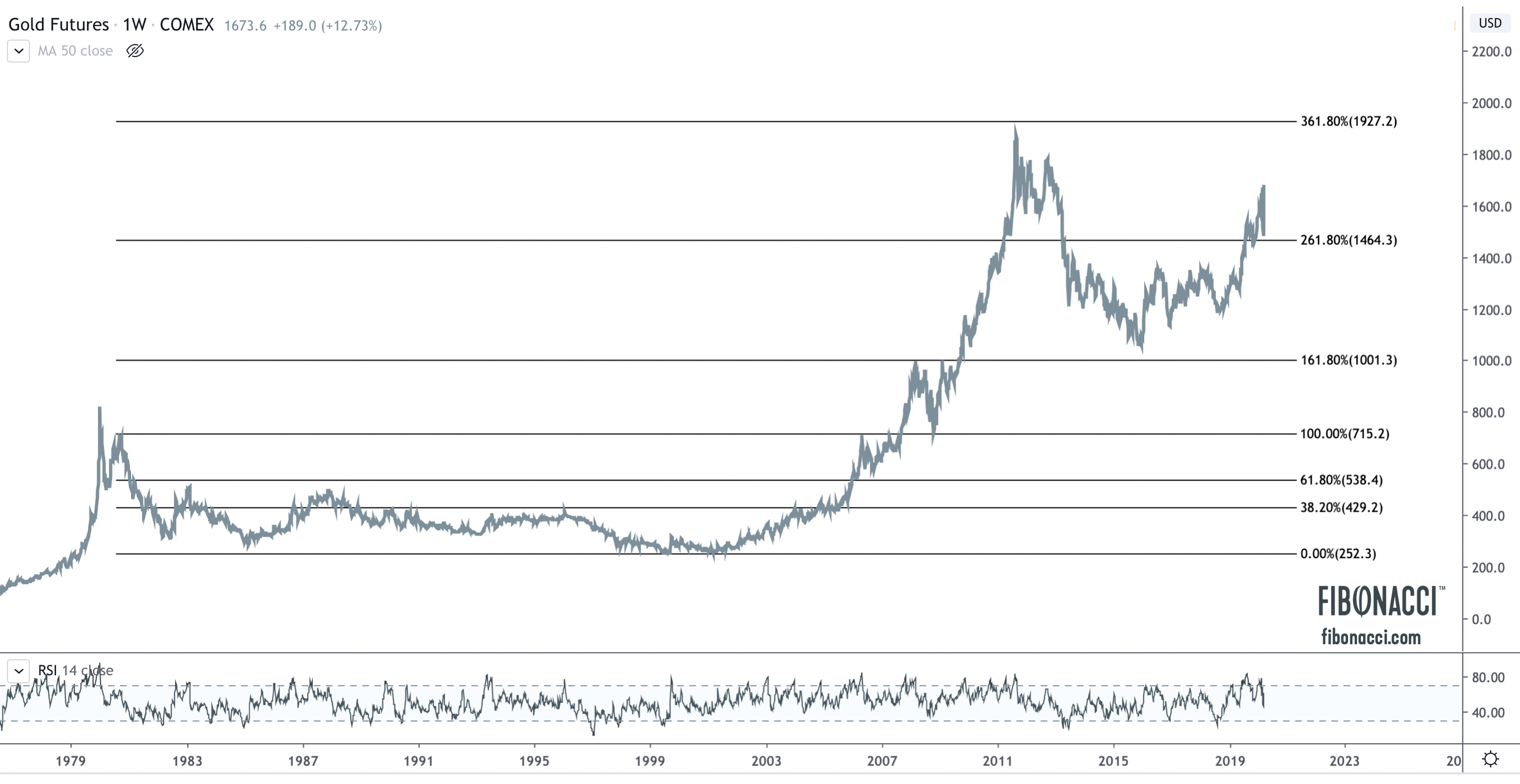 Silver has been the laggard relative to the gold price (very common in liquidity driven sell-offs), and last week the gold:silver ratio hit an all-time high of 117/118, which coincides perfectly with the 161.8 Fibonacci extension from the 2008 peak (gold outperforming) to the 2011 trough (silver outperforming). The ratio peaked at a weekly RSI reading of 92 (!), which is an all-time high, and further supports the expectation of a likely pullback. As of this writing, the ratio stands at 111, and it would appear there is more downside to come (near term silver outperformance). 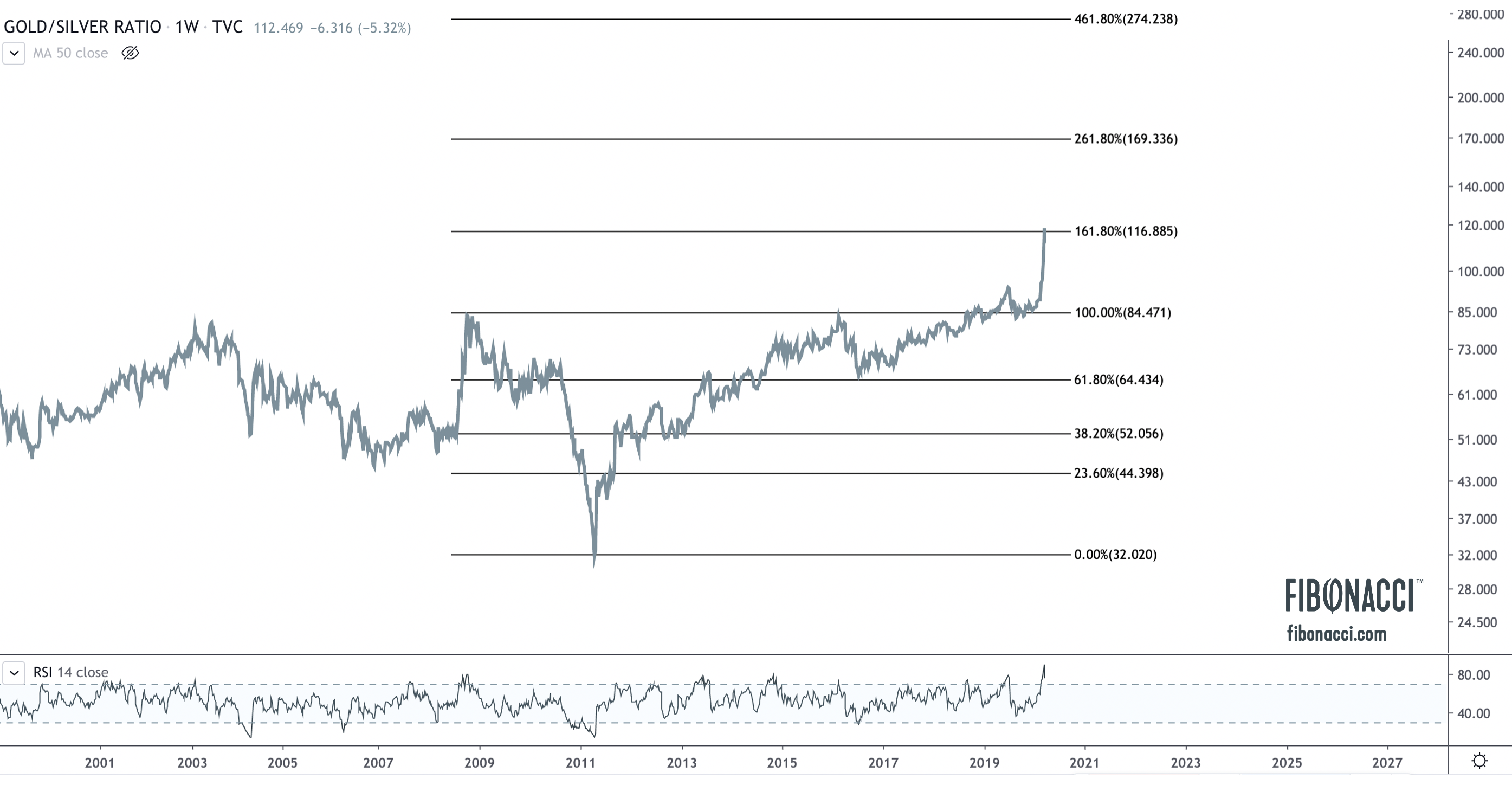 Why Are Precious Metals Prices Falling?
Gold and Silver Coiling for a Move