For the past month gold has been trading in a range between 1720 and 1780, struggling to make the breakout leap it seemed to promise the first week of the year. Gnawing at bulls is the fact that every other commodity, like copper, gold, zinc, and others, have exploded higher while gold seems stuck on the launch pad.

It seems to me that gold is leading, not lagging the other commodities. Gold’s move in 2020 preceded, and even foreshadowed, the run in base metals and other commodities. Since then, the market has digested those gains while rotating capital into other assets.

This is depicted in the chart via a multi-month bull flag, which is a depiction of sellers taking gains against waning appetite on the demand side. This is healthy, and gold, thus far, remains in an uptrend.

The chart below now has gold coming into multiple support areas: rising trend support from the March 2020 low, falling channel support from the 2020 high, the 61.8% Fib retracement from March trough to September peak, and horizontal support.

Furthermore, sentiment is now at its worst since late 2015 as investors find returns in nearly every other asset class. The situation seems ripe for a rally, and at the very least, risk/reward seems to favor the bulls. 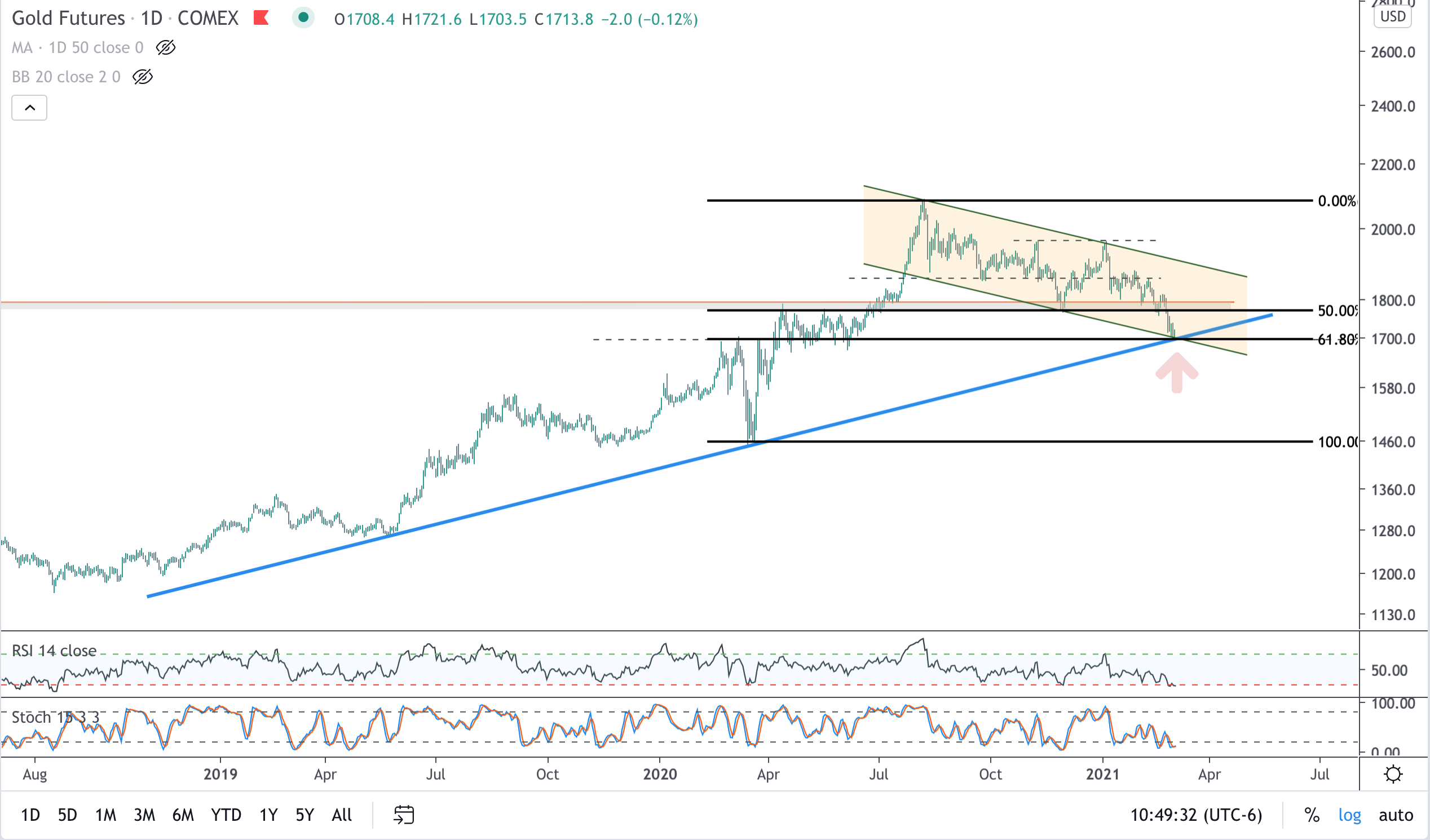 GDXJ – the gold junior mining ETF – is similarly coming into channel support and horizontal support, and price has not been oversold throughout the entire consolidation period. If gold and the gold miners are to rally, this is the area to do so. 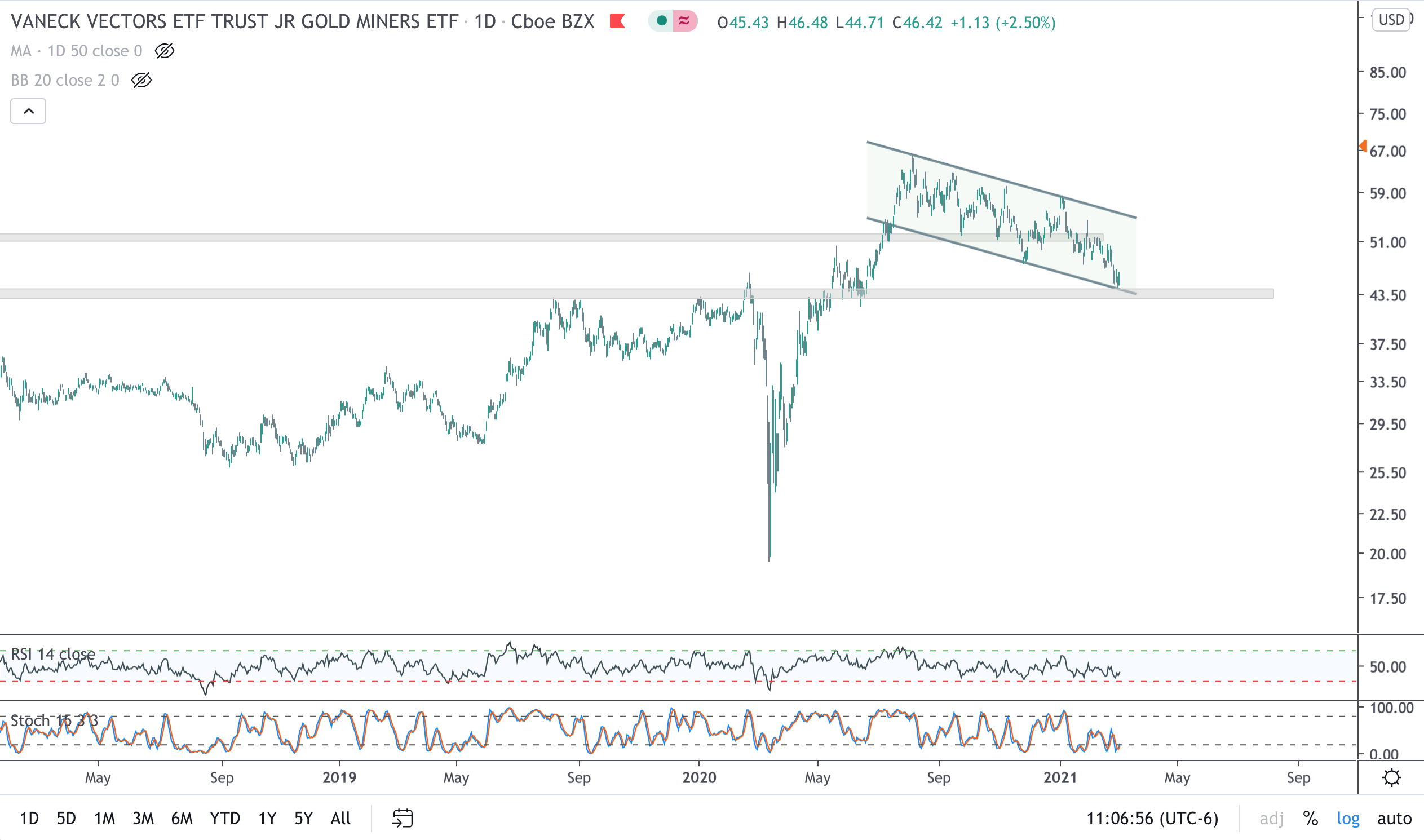 As always, we appreciate your feedback!

Metals Caught in the Middle

Gold Metals bulls have been frustrated with repeated attempts [...]

Metals Caught in the Middle
Gold Breaking out?