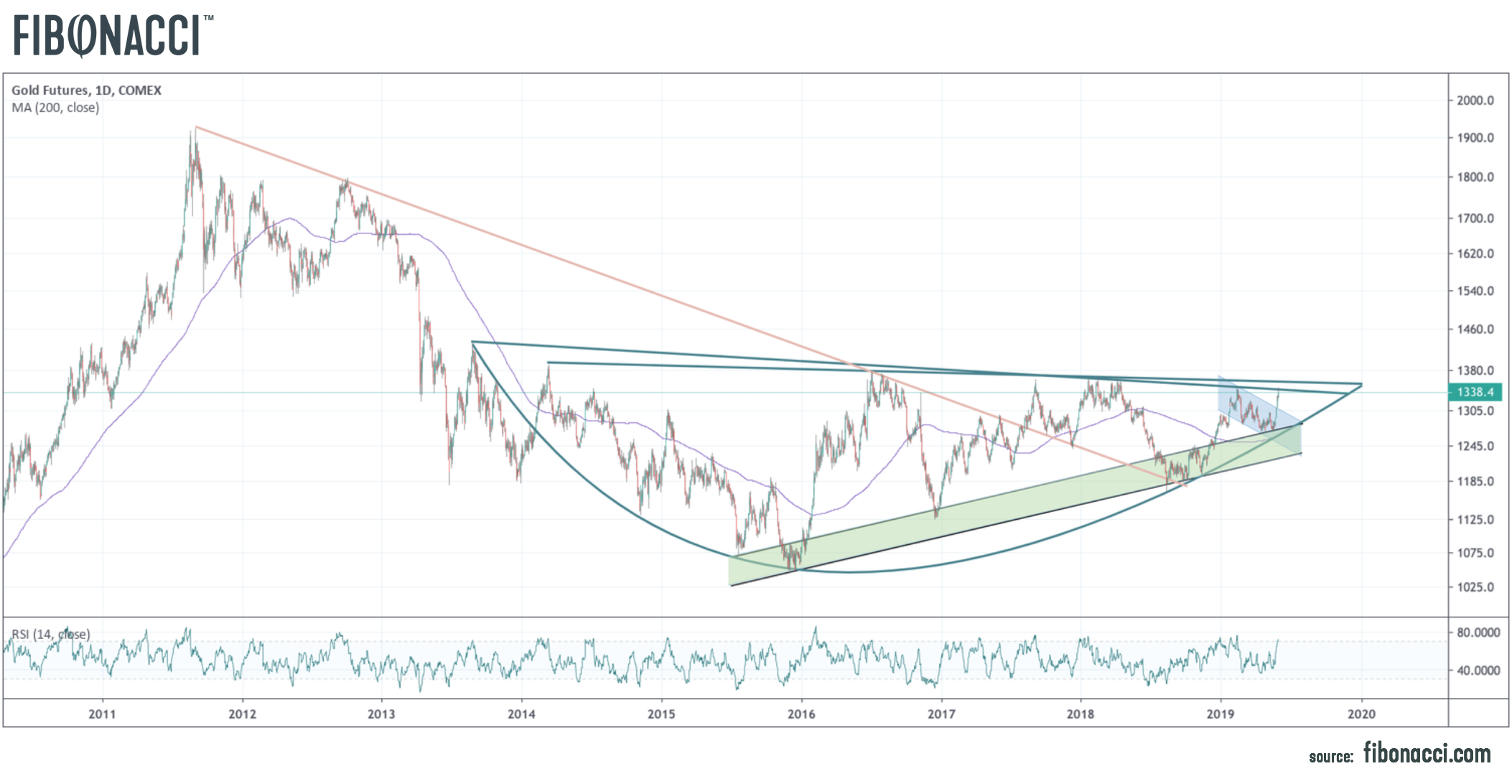 Gold retested $1350 in overnight trading, extending this current move more than $84 in the last couple of months. The chart above is admittedly busier than I generally like, but so much is happening technically with the gold price.

It would seem very plausible that gold could make one final retest at the $1280 level where two channel support lines converge with arc support and the 200 day moving average. This would likely wash out all new gold bulls.

The gold chart is very bullish and could easily break through six years of resistance within the next few months. Conversely, a break of $1280, while lower probability in my estimation, would do significant technical damage. Either way, up or down, the remainder of the year should reignite gold volatility and define the prevailing trend for years to come.

I am the founder of fibonacci.com and an avid trader. I am also the co-founder of Texas Precious Metals, a top US precious metals company. In 2006 I was a contestant on The Apprentice with future president, Donald Trump. I live in Texas with my wife and five children, where I spend my time dodging snakes, changing diapers, and charting.

Given the extreme recent demand in the precious metals [...]

Gold, Silver Breaking Out
An Update on Metals