Expecting a Pullback in Gold 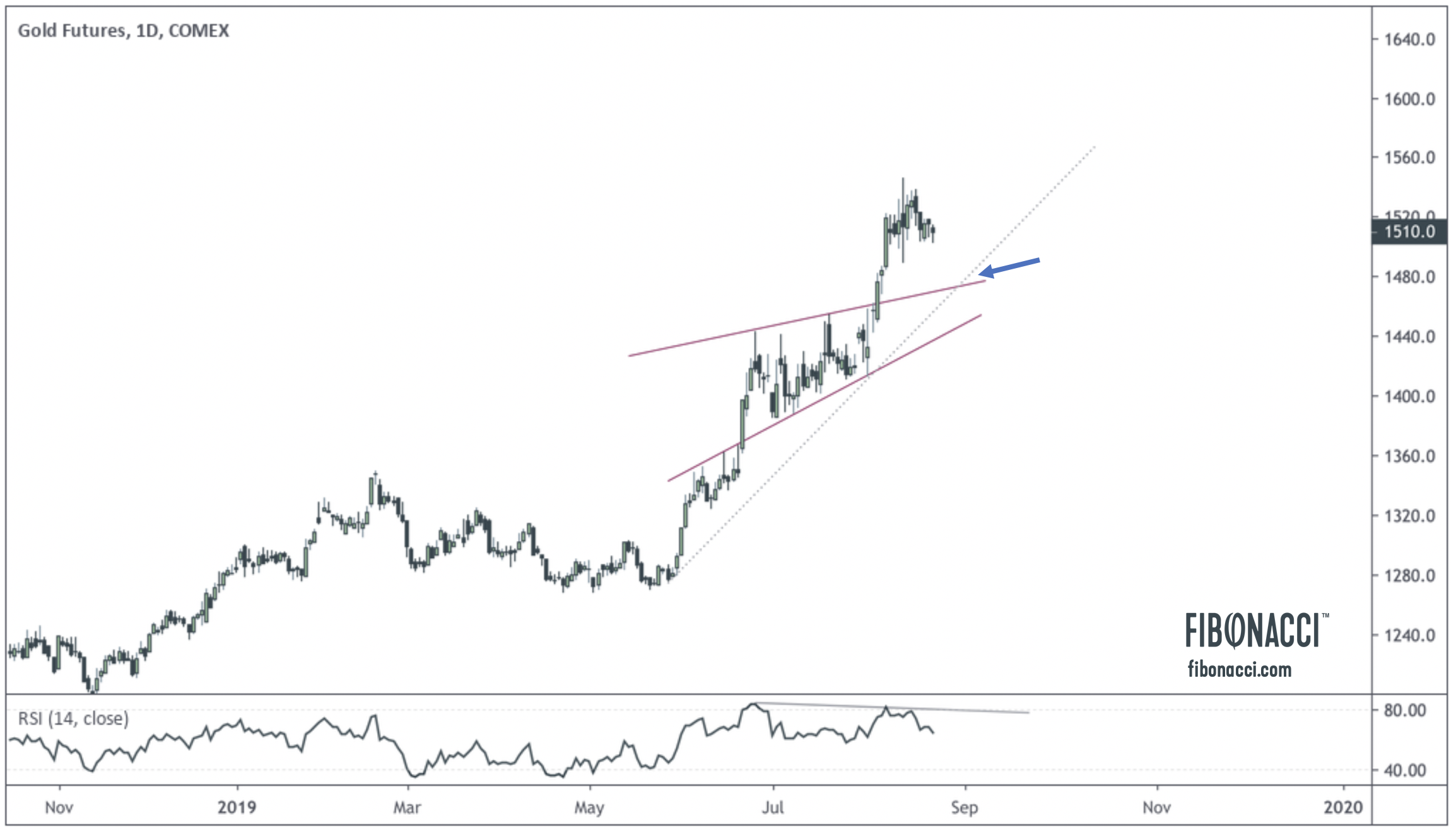 Gold has been on an epic run since early May, breaking out of a six-year base and launching almost $300 per ounce in the span of three months. Momentum favors the bulls, and the technicals look very strong over the long term. The backdrop of lower global yields and potential monetary stimulus are key fundamental drivers for the recent breakout.

However, prices do not move in a straight line, and after peaking at $1545/oz on the front month gold futures contract earlier thus month, gold has made a series of lower highs. Gold’s extension well above its 20 DMA and 50 DMA is often a signal that price is getting overextended.

In the chart above, we see the price of gold breaking up out of a rising wedge pattern in early August. I think probabilities favor a move back into the $1470-$1475 range in the coming days to retest the breakout of that wedge.