$DXY US Dollar Pushes Back Into Wedge; Metals Sell Off 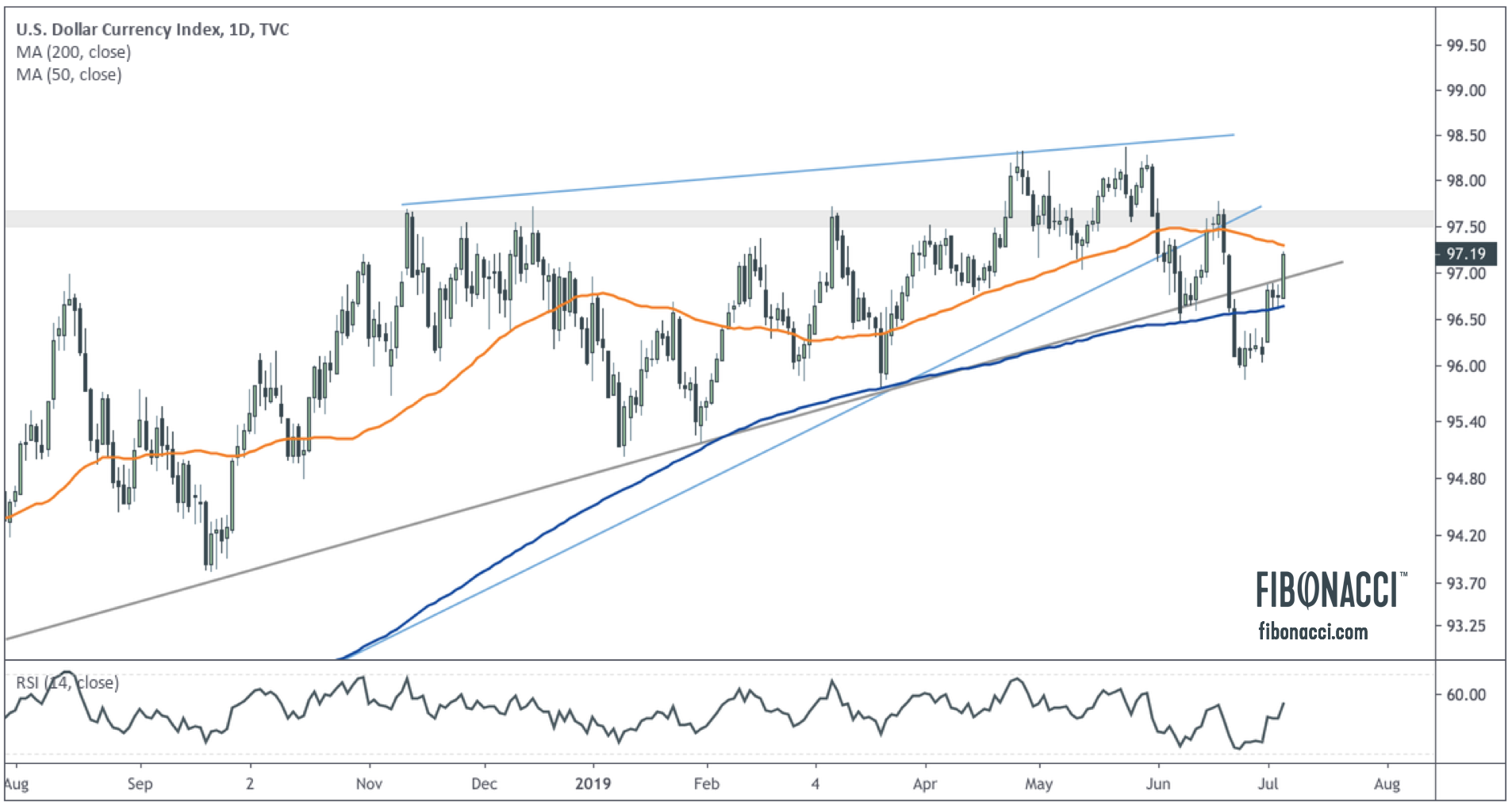 The robust jobs report (224,000 new jobs vs. 160,000 projected) immediately changed the narrative of forthcoming Fed rate cuts, which had been the wind beneath the sales of the recent bull action in gold and bonds, and the weight pushing the dollar lower. The Bloomberg article referenced above summed it up: “Though the economy still faces trade tensions and below-target inflation, signs that economic growth remains intact may challenge calls for the Fed to cut rates this month — especially those for a half-point reduction.”

Looking strictly at the technicals, price action this morning was significant, in my opinion. In the chart above, the US Dollar, which has been a popular bearish call, pushed significantly through resistance to test the 50 day moving average. Bears would have liked to see the dollar stay below the 200 day moving average, and especially see the bottom of that wedge act as resistance on the pullback from the breakdown. No such luck, as the dollar pushed through the first test of resistance with authority.

Conversely, the bull case for gold (at least in the short term) took a significant hit with a $20 price drop on the announcement, pushing gold below the key $1400 level that is being closely monitored by the market. Gold remains in an uptrend with strong bullish momentum, but the gold story remains closely tied to the narrative on rates. Technically, as long as price remains above the $1365-$1370 range, gold remains a long play in my opinion. Chart Above Made Using TradingView